I’m not a automotive connoisseur, so I wouldn’t normally be interested in scoping out “how they build a limousine”. Recently, however, I’ve been somewhat of a captive to my travel partner who likes to explore oddities while traveling. And he does like cars, and scooters. My knowledge of such things is growing.

As part of our itinerary, he planned a visit to a limo fabricating place listed on the online site for Roadside America.

LimoLand is located in Springfield, MO and is a small shop that produces extravagant and elegant limousines “to order”. Here are some of the photos I took of work in progress. Our “tour guide” and “chief in charge of everything” graciously took time out of her busy schedule to show us around. We appreciate it!

Beginning the stretch – back end 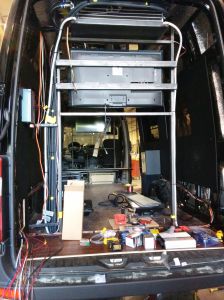 Technology in the rear

Seating option with flashing lights (this just happened to be red)

Workroom – where the conversions take place 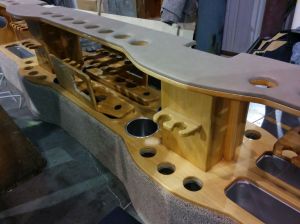 Bar installed with lights (happened to be green) 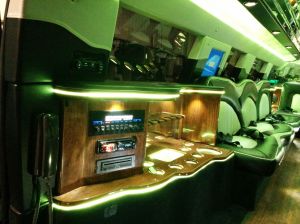 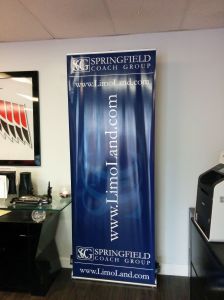 The LimoLand website is http://www.limoland.com/. Take a look around at their inventory and order your very own party wagon!

Note: For Eric – we met while eating lunch at the Reading Terminal Market, Philadelphia, PA on June 17, 3015. All the best to you!

Have you ever heard of homes and shelters being made of sandbags and barbed wire, that can withstand the forces of winds and earthquakes ? Last weekend I had the chance to see how that’s done.

I’ve always been interested in alternative architecture, and when I had the opportunity to visit Cal-Earth in Hesperia, CA at one of their monthly open-houses, I was amazed and delighted with what I experienced and learned about them. There is so much to say about this organization and it’s vision, the vision begun by Iranian-American architect Nader Khalili. 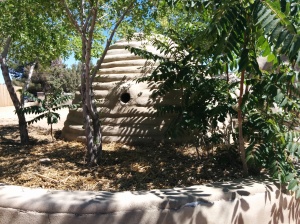 Nader Khalili began Cal-Earth in 1991. From the Cal-Earth website, “Born in Iran as one of nine children, his quest was to empower the world’s poor and refugees to build homes using the earth under their feet. Khalili’s son Dastan, and daughter Sheefteh, are now working to carry forward his vision and quest throughout the world. He was a prominent American leader on the value of ethically based architecture, where the needs of the homeless are considered above all else.” 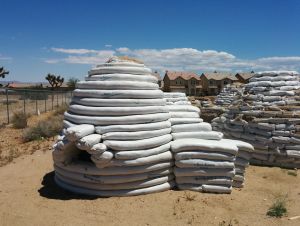 When I began an undergraduate architecture curriculum I went home and told my parents that I wanted to build homes for people who were homeless and/or could not afford the kinds of homes most Americans lived in. As it turned out that path did not open for me, but I did become a social worker, caring about families and their needs. So it is no surprise that I am excited to know about this venture in Southern California that is global in nature.

The open house began with a presentation describing the structures, their different functions by size and shape, and the materials and construction methods used in creating quick shelter. A small structure can be made by a team of five to six people within a day. In addition, larger permanent structures, using the same principles of construction can be built that withstand the elements of nature.

Khalili’s daughter addressed the gathering of about 60 people regarding her father’s background and his vision for providing shelter for all people. She received word that day that 40 superadobe structures of an orphanage in Khatmandu, Nepal  survived the recent earthquake there. Cal-Earth has developed structures that withstand the dynamics of earthquakes, and San Bernardina County California has approved construction plans and permits for homes using the methods prescribed by Cal-Earth.

The Pegasus Children’s Project, from the UK, supports the orphanage. You can read their earthquake report on their web site. Although the earth structures were not harmed, other structures are in need of repair, and they are requesting funds for that. 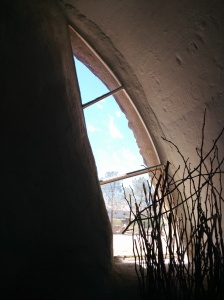 While the Cal-Earth web site and Facebook page say almost everything about these structures, they can’t tell you how to experience being in one. There is such an organic and grounded feeling I have when I enter one of these domes. To me it feels a bit like camping out in a tent, or being in a cave – even a big cave. The openings that are incorporated let the light in and create a very earthy, comfortable feeling to me. The creative possibilities are endless! 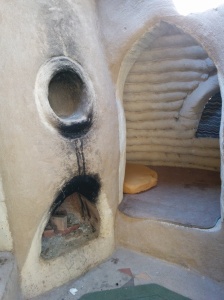 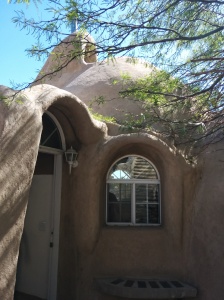 Anyone interested in learning how to build using the sandbag and barbed wire construction methods can take a class either on-site, or via the internet beginning on May 11, 2015. There are various levels of workshops and training available.

For more information I urge you to visit the Cal-Earth website and visit their page on Facebook – Cal-Earth Institute. 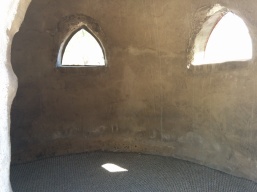 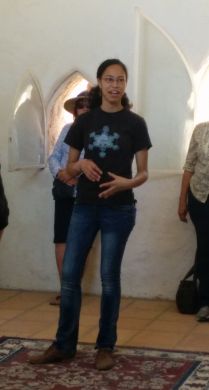 Adventures on the Road to Discovery